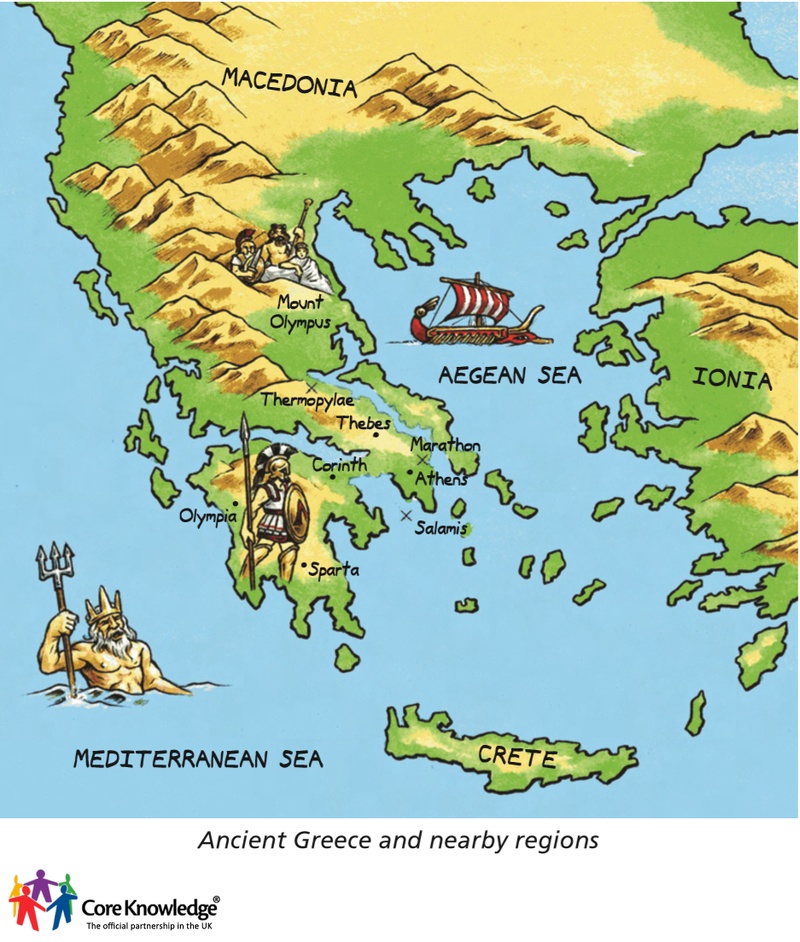 The Greek city-states were located in southern Europe, grouped together on a very large peninsula that juts into the Mediterranean Sea. A peninsula is a piece of land surrounded by water on three sides. Smaller peninsulas stuck out from the main Greek peninsula, forming a great deal of coastline and many natural harbors. The Greeks could always count on seafood to eat.

But they needed a source of fresh water to settle down in an area. Greece has lots of mountains. They are not huge mountains like the Alps. But they are big enough to provide two important things - a source of fresh water, running down the mountains in creeks and streams, and a system of natural defense barriers. The ancient Greeks found it very difficult to visit some of the other city-states over land. The mountains were in the way. An easier route was to travel by boat. The Greeks soon became great sailors.

The Greeks sailed up and down the Mediterranean, looking for new places to establish towns. People who were already living in these places were not always welcoming. The Egyptians chased the Greeks out. The Greeks were able to set up some Greek cities on the coasts of Italy, Africa, and Turkey.

The ancient Greeks had no central government. They were not building an empire. They were just exploring and expanding and establishing "outposts" as their population grew. Each of these outposts was an independent city-state.

Oops, you forgot something.

The words you entered did not match the given text. Please try again.